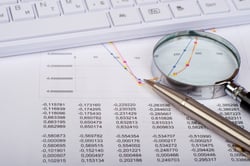 In New York’s Westchester County, one of the world’s top financial services companies has its headquarters on a beautiful multi-use campus setting of over 40 acres, with modernist buildings designed by famed architect I. M. Pei. But the property has problems the county overlooked when assessing the value for commercial property taxes.

The headquarters consists of 373,533 square feet, and is one of the only substantial commercial buildings in an otherwise residential community. The county assessor valued the property at almost $124 million, which comes to approximately $332 per square foot.

That’s already an excessive value, especially considering the building’s internal problems. The HVAC (heating, ventilation and air conditioning) system doesn’t adequately heat or cool the building. While various owners have spent millions trying to solve this problem, they have been unable to increase the HVAC capacity due to the building’s design.

The company brought in RPTA to appeal the property tax assessment. One of the challenges is that New York is an extremely litigious state. It’s rare to settle an appeal on commercial property without going through the judicial process, which could be costly and time consuming.

We spent several days inspecting the property and looking at every single rent comparable and sales comparable. During our analysis of the property value, we looked at market conditions, sales history, expense ratio studies, cap rate extractions, market rental analysis and geography.

We determined the fair market value to be $74 million, far less than the county’s assessment of $124 million, and made an appointment with the chief tax assessor, in which we’d have 10 minutes to make the case.

Making The Case In Person

The chief assessor had been on the job for 36 years, and sat behind an intimidating, very large wooden desk, punching numbers into an old-fashioned calculator. As it turns out, he was intrigued by the data we’d compiled and the non-conventional analysis that we prepared, and soon began nodding his head and asking great questions. Our 10 minutes became an hour-long conversation.

At the end of the meeting, we showed him an income analysis in which we test the county’s proposed value and figure out what rental rate would be required to support that value. We had successfully made our case when he said, “There’s no way they could rent that building for that much!”

The assessor started punching numbers into his calculator, and finally proposed a value of $76 million — almost $50 million less than the initial property tax assessment

By appealing the assessment and reducing the value to $76 million, the financial services company reduced its operating expenses by $2.06 per square foot, resulting in tax savings of $770,700. The company’s corporate real estate director called us and said, “We had no idea that this much money was on the table.”

In the end, the law says you should only be taxed at fair market value. If you’re paying more than that, you’re leaving money on the table that’s rightfully yours.

Of course, not every company is going to get that much money back when appealing its commercial property taxes. But whether you save $100,000 or $10,000, that money could make a real difference for your company, especially on an aggregated effort across the portfolio. When you aggregate those savings year over year, the potential impact is significant.

Get your free benchmark report to learn how much you can save on commercial property taxes.